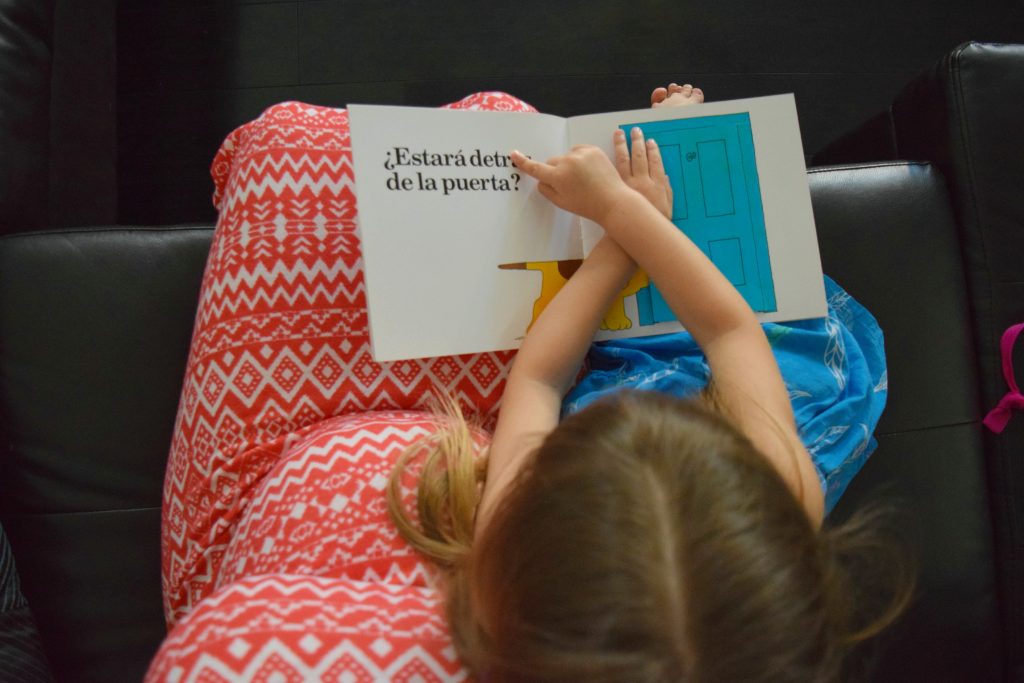 The Importance of Talking, Reading & Singing During The First 5 Years

Ever since I found out I was pregnant with our first, I immediately began to talk and sing to her. I also started reading books out loud when I was around 6 months pregnant in hopes that she would hear my voice and recognize it when she was born. Little did I know, I was actually working on our daughters brain development as well.

According to First 5 California,  “By the age of 5, your child’s brain will have grown to 90% of its adult size. But even earlier than that, by age 3, it’s already reached 82% of its size.” Wow, now isn’t that impressive?!

Research also shows time and time again that talking, reading and singing are things we can do with our kids that will make a large impact early on to their brain development. For this very reason, we have always been strong supporters of First 5 California. Their site is filled with resources including an activity center, health center, learning center and even FREE music that arm parents with information and ideas on how to help shape child brain development. So stop by and browse around. Endless ideas for us parents.

Also, if you follow us, you know by now how important it is for us that Mia (our four-year-old), talks, reads and sings in both English and Spanish. We’re big supporters of bilingualism and multilingualism as there is 20+ years worth of research that shows the benefits of knowing two or more languages, especially when learned at an early age.

Per Ellen Bialystok, distinguished research professor of psychology at York University confirmed during an audio recording of  The Latest Research On Bilingualism And The Brain on The Diane Rehm Show, that “Bilinguals have a huge level of cognitive and neural control. From the first year of life, a child in their crib hearing their parents speak a foreign language develop their brain as a function of the environment in which they live in and everything is shaped by those experiences.”  She also goes on to say that “infants are wired to be interested in language and so if an infant from its earliest days, is in a language; is in an environment where there are two languages, that right away is shaping brain development.”

For more information on the benefits of teaching your little one(s) a second language early on, stop by our previous bilingual posts here.

The Importance of Talking

One of the things we’ve noticed over the course of Mia’s four-year lifespan is her vocabulary. I admit, it helps that she’s a social butterfly and by no means an introvert, but we attribute her fast-paced vocabulary growth to talking to her. She is constantly challenging us with questions and currently talks up a storm all. day. long.

Mia also loves playing games, as most kiddos do, but one of her favorites is a juggling word game. The game is quite simple and can be played pretty much anywhere at any time. For example, when we’re at the grocery store looking for items to check off of our list, we go over each item needed in English and have her translate them into Spanish as we find them and add them into our grocery cart. It’s so neat to see her juggle from one language to the other and let me just say, she gets ultra excited when she gets them right.

The Importance of Reading

Reading for us has also played a large role in our household. Aside from taking Mia to a co-op preschool and our local library, we also read a new book to her every week. That book is our go-to book for the entire week. We make arts and crafts around the books topic and read the book daily to the point where she memorizes it. It’s neat to see her point at words now and actually read them. Plus, now she talks, reads and sings to baby sister too (even though she’s in the womb still). Cutest thing ever! 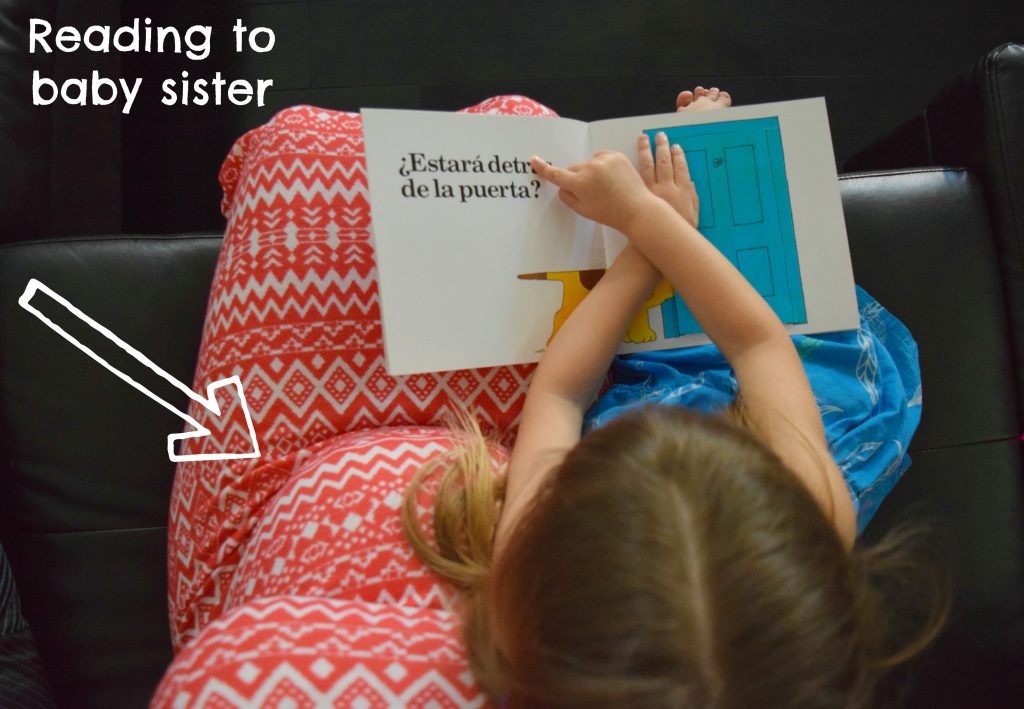 The Importance of Singing

This is an embarrassing one as I’m more likely to win an award for the worse mom singer, ever. At any rate, I love singing with our little one and watching her learn new words from the songs themselves. Here’s a short video of Mia singing a Spanish children’s song karaoke style back in March. She sure knows how to put on a show.

Getting Ready For Fall

So what are we doing currently to get ready for fall in our household? Aside from decorating, baking and cooking together, we’ve teamed up with a group of moms (kids with similar ages) and we’re talking, reading and singing to them outdoors. We meet once a week at a local park and focus on hands-on experiences. This week, it was all about Fall and leaves. They sang, picked leaves and learned about the differences between each leaf they collected. 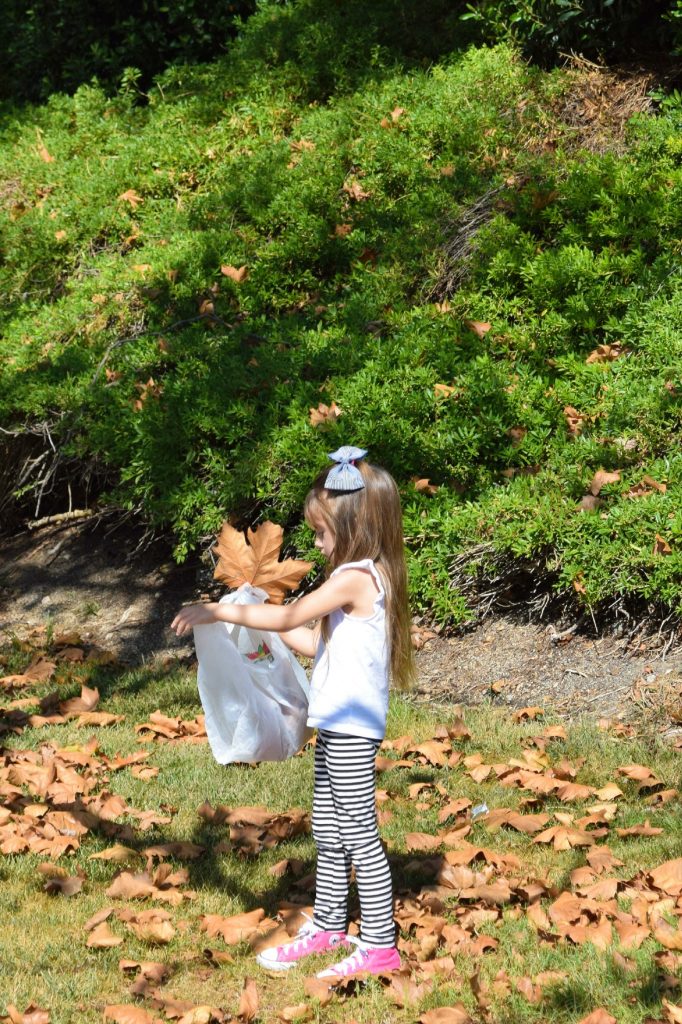 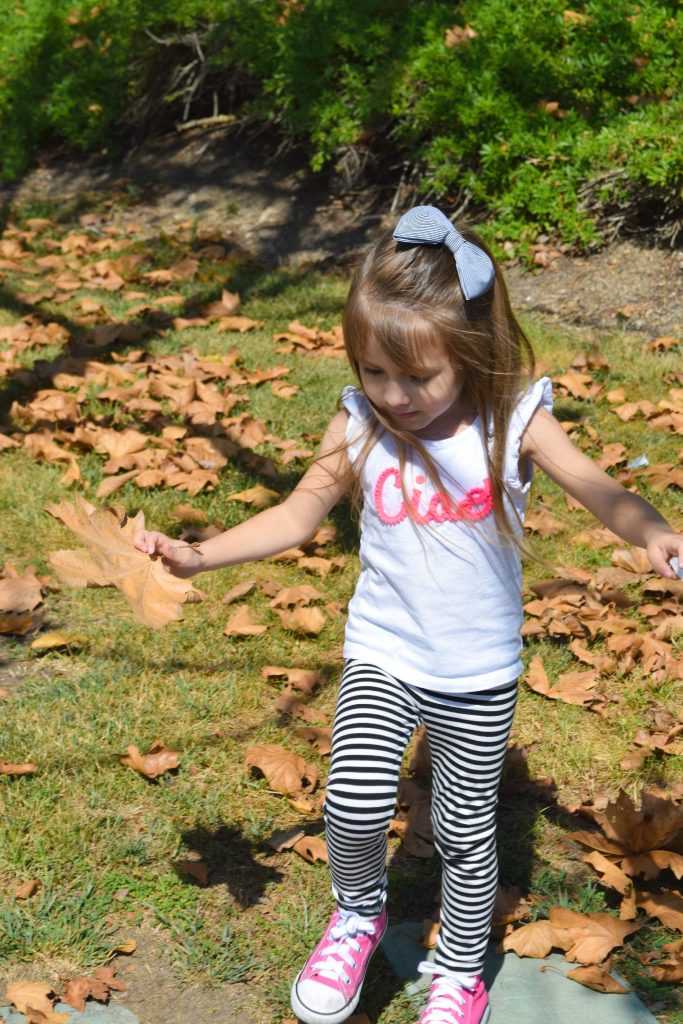 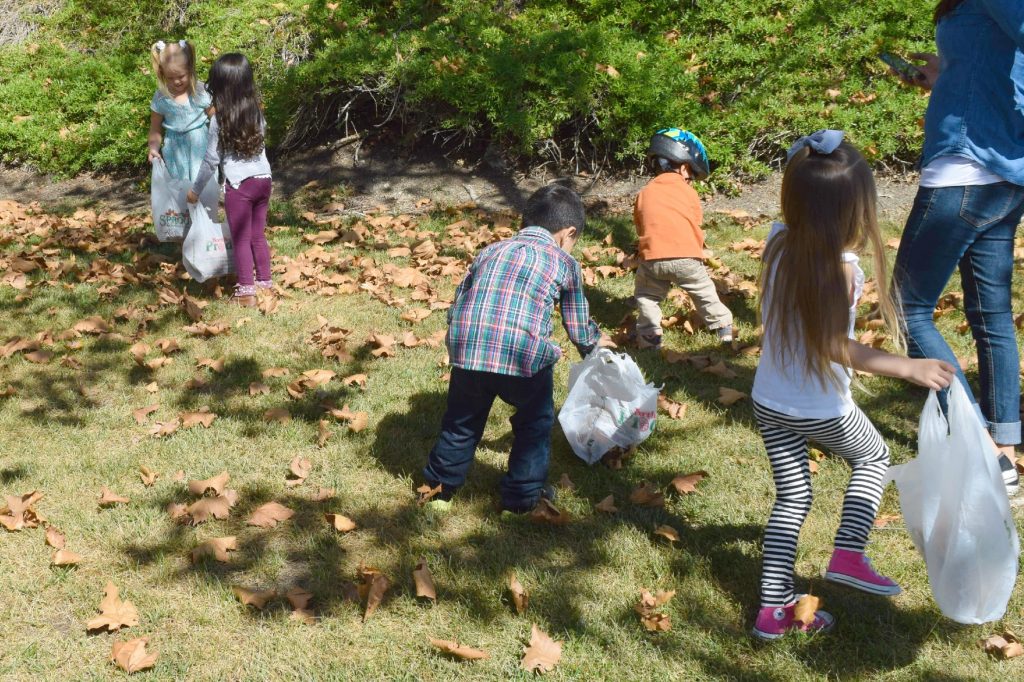 What are some activities you do to stimulate your little one’s brain development? Let us know in the comments below!

And don’t forget to check out First 5 California, their Activity Center. It’s a great resource for parents with newborns, babies, toddlers and preschoolers. I always say, we are our children’s very first teachers and we have a rather large responsibility to focus on their brain development more so during their first 5 years of life. Thanks to First 5 California, we have a free resource at hand to help us generate new ideas and to help shape Mia’s brain development.