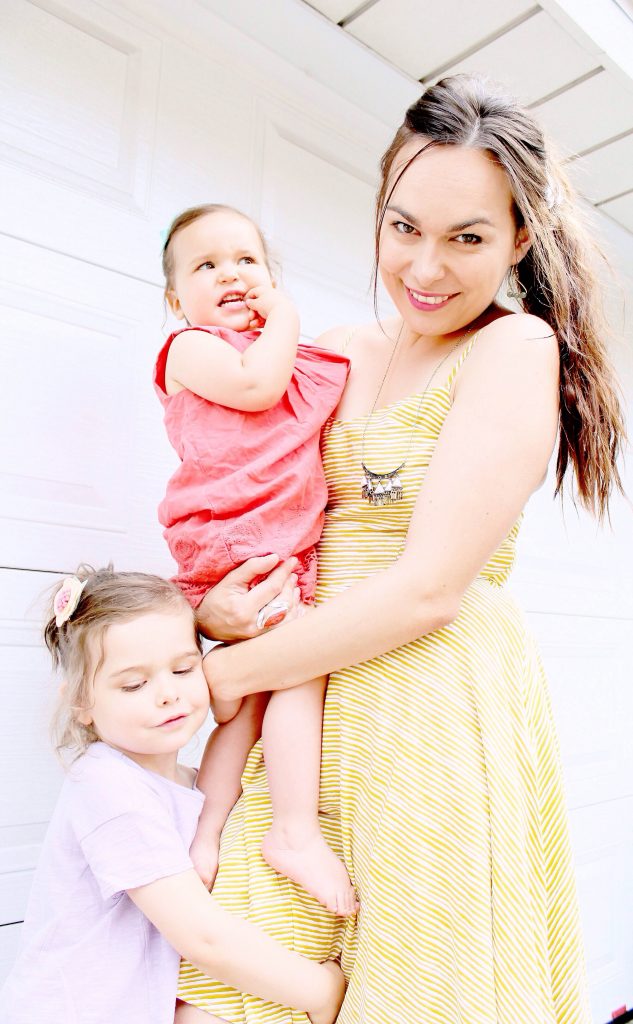 I’ve teamed up with my talented mamá friend Joanna from LazyMomsBlog.com. She loves to cook, bake and craft. This mama has some pretty delicious home-made ice cream recipes up on her blog. Hurry, summer is not over yet!

Today, Joanna opens up about the wins and struggles of teaching her two sweet girls French and her mother tongue, Polish.

TMO: Tell us a little about yourself and family.

Joanna: My name is Joanna, I’m a wife to my best friend and a mom of two sweet girls, Lili and Rose. I’m a writer and content creator at LazyMomsBlog.com, and I’m passionate about interior design and mindful living. I love sharing parenting tips from my psychological perspective, yummy recipes and fun lifestyle ideas.

TMO: What made you decide to teach your children a second language or multiple languages? Describe how you feel it will benefit them down the road.

Joanna: I grew up in Poland and moved to Canada when I was 25 years old, so it was only natural for me to speak Polish to my kids. My hubby is French Canadian, and we live in Montreal, so most of our everyday life happens in French.

But I also truly believe that learning a new language stimulates general development, empathy, and creativity! As a child learns different metaphors he’s also learning different ways of thinking and looking at world in general. ( Not to mention the academic/ carrier/travel /meeting people benefits of speaking multiple languages!) 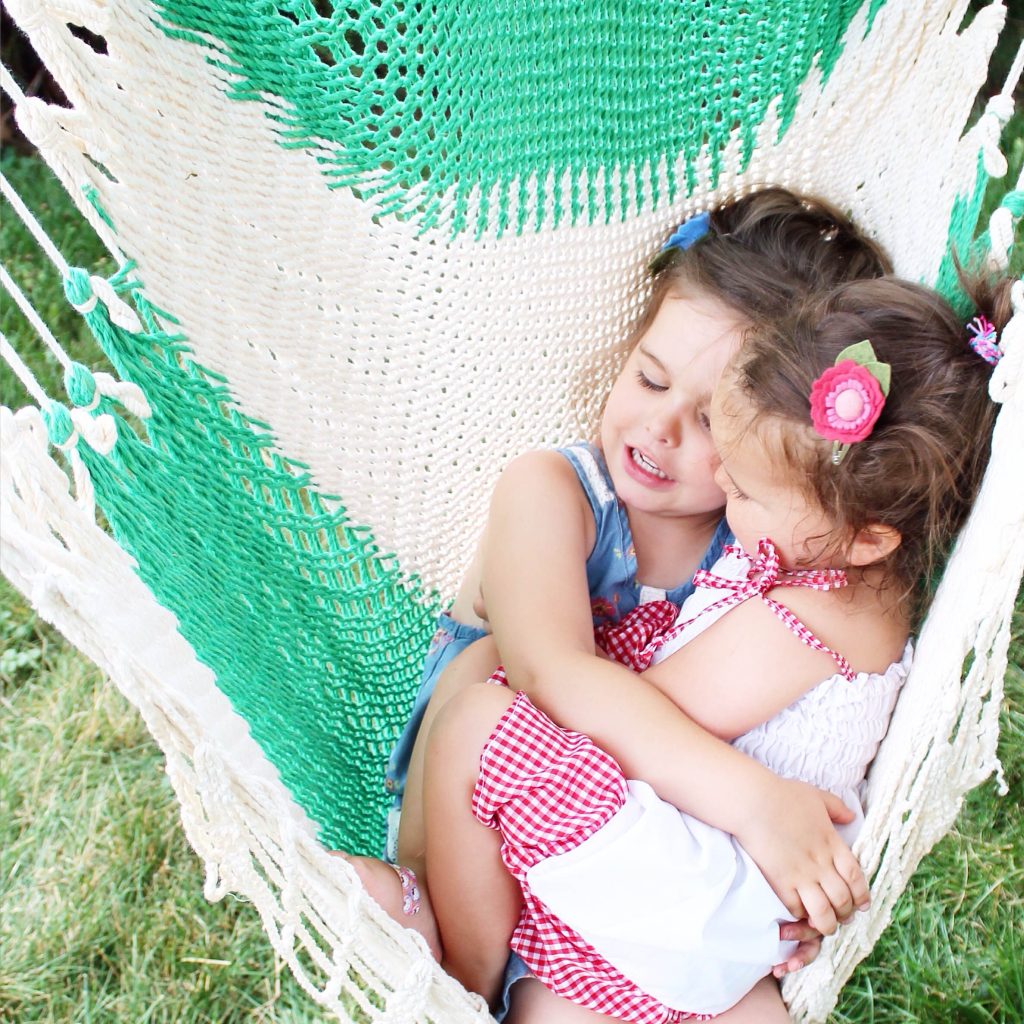 Joanna: My hubby speaks French to kids, and sometimes we speak English between the two of us. So our older daughter is definitely very motivated to learn English and understand our whispers!

Joanna: At the very beginning it was a bit difficult to be the only person speaking Polish to our first baby, but then I got on track by singing, constantly talking and ended up with a very talkative little girl. With my second daughter, the story is a bit different, as it’s her older bilingual sis that speaks mostly French to her when they play. So my second one speaks more French than Polish at the moment, but I’m definitely not giving up on her! 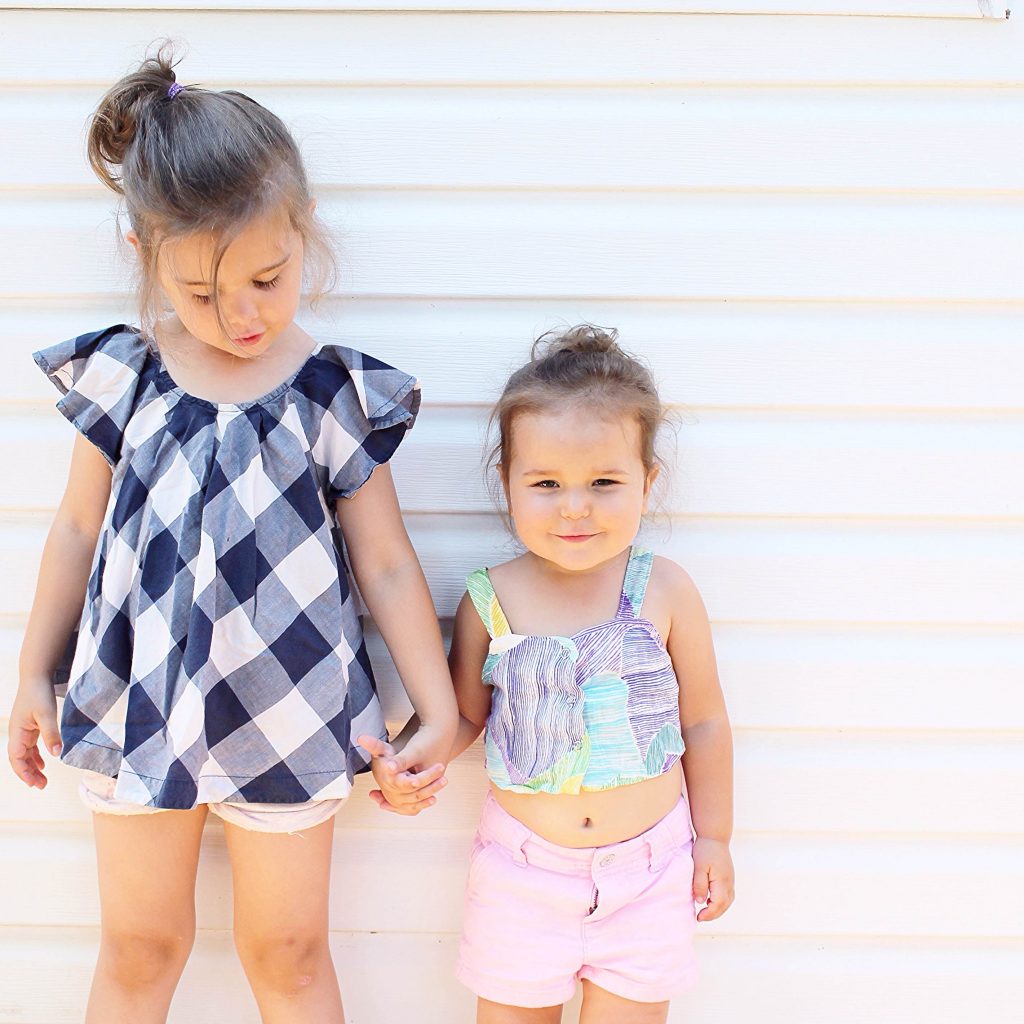 And how cute are these little ladies??!

Joanna: I believe that kids will always try to facilitate their life, so if a parent mixes languages while speaking to a child, the kid will pick the language that is more common and won’t speak the minority language. That’s why my most important tip is : stick to one and only one language while talking to/with your kids! Don’t switch! And don’t worry that others don’t understand you. You can explain to family and friends why you’re doing this bilingual thing. But most importantly, be consistent and patient, and it will pay off!

A big thank you to Joanna for sharing a little about her bilingual parenting journey! It is so hard to teach kids multiple languages but we got this! Have you tried Joanna’s suggestion to stick with one language while speaking to your children? Particularly the minority language? Such a great idea. Way to go mama!

To find out more ways and tips on how to raise bilingual children, stop by Joanna’s blog here: LazyMomsBlog.com